I had an abortion

1.3 million women get abortions each year in the U.S. alone. For most it is a secret. The debate itself is loud and paralyzing while the voices of the women who get abortions are submerged. "Speak Out: I Had an Abortion," directed by Gillian Aldrich and co-produced by Aldrich and Jennifer Baumgardner, documents the stories of 11 women ranging in age from 21 to 85. The film cuts across race, religion, region, class, sexuality, and politics--demonstrating that abortion affects all women.

Why speak out about our abortions? Every major advance in reproductive freedom was preceded by women telling the truth about their lives. Around the turn of the century, Margaret Sanger shed light on the women who were dying early and miserable deaths due to a lack of birth control and near-constant childbearing, ushering in birth control. In the late 1960s, women began speaking out about their illegal abortions, accelerating the movement for abortion rights.

Women telling their stories now—when abortion is legal but still so stigmatized that it’s never discussed in polite company—could launch a new arm of the abortion rights struggle, whereby women personalize what has become a vicious and abstract debate. 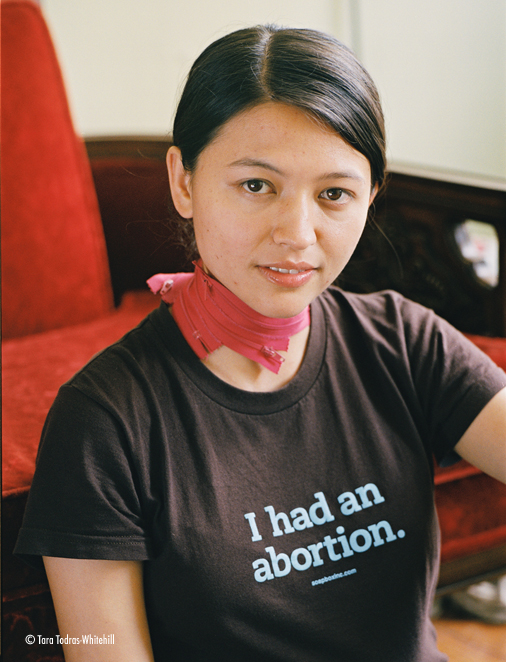